In the “decades” timeframe, we are in a Secular Bear Market which began in 2000 when the P/E ratio (using Shiller’s Cyclically-Adjusted P/E, or “CAPE”) peaked at about 44.  The job of Secular Bear markets is to burn off outrageously high P/E ratios over one or two decades, until finally the P/E ratio arrives back at a single-digit level, from which another Secular Bull Market can emerge.  See graph below for the 100-year view. 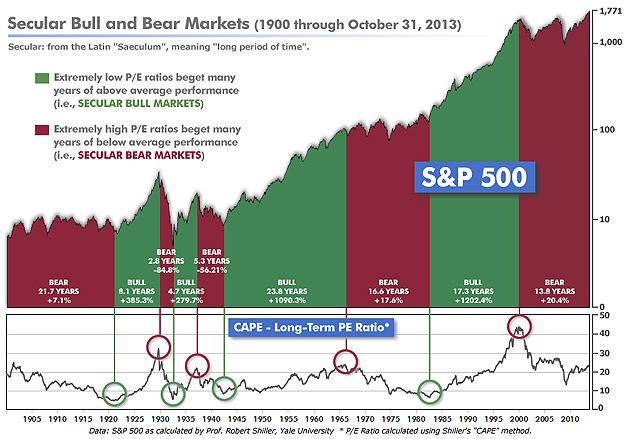 If history is a guide, we may not yet be done with this Secular Bear Market.  The Shiller P/E was almost unchanged at 26.2 for the week, and is now at the level reached at the pre-crash high in October, 2007.  Even though P/E’s are substantially lower than their crazy peak in 2000, they are nonetheless at the high end of the normal historical range and leave little if any room for expansion.  This means that the stock market is unlikely to make gains greater than corporate profit growth percentage, if that.  (note: all P/E references are to the Shiller P/E values, sometimes called PE10 or CAPE, which are calculated so as to remove shorter-term fluctuations; see robertshiller.com for details). 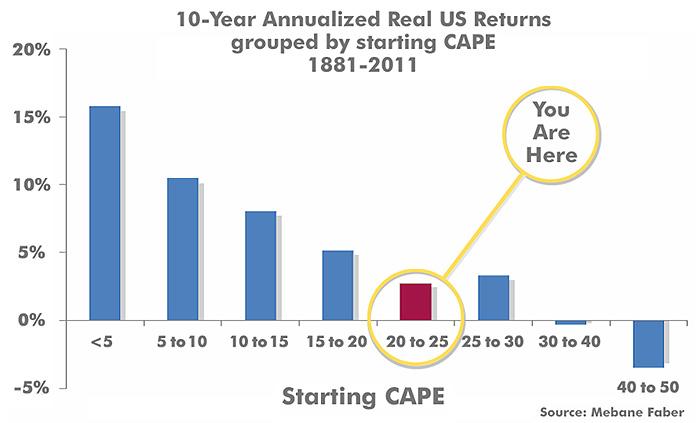 The “big picture” is the months-to-years timeframe – the timeframe in which Cyclical Bulls and Bears operate.  The US Bull-Bear Indicator (see graph below) is at 75.8, down slightly from last week’s 76.2, and still solidly in cyclical Bull territory.  Early in the year, the US Bull-Bear Indicator pushed further into Bull territory than other global asset classes, reflecting the higher strength of the US relative to the rest of the world.  The current Cyclical Bull has taken the US to new all-time highs, exceeding the highs of 2007, but most of the world’s major indices have barely matched 2011’s highs, let alone approach 2007’s levels. 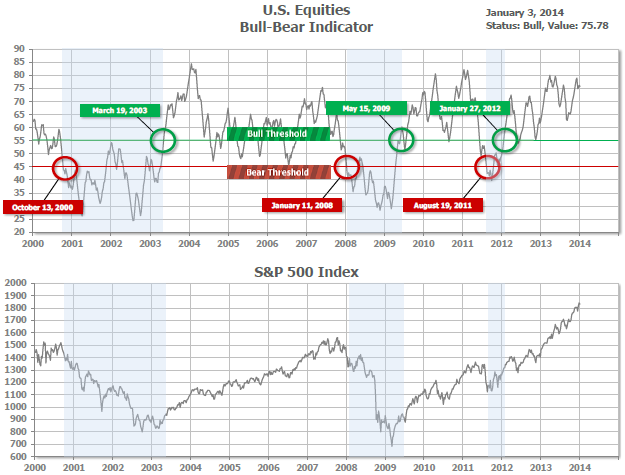 The intermediate (weeks to months) indicator (see graph below) is in positive status and ticked up to 35 from the prior week’s 34.   Separately, the quarter-by-quarter indicator – based on domestic and international stock trend status at the start of each quarter – gave a positive indication for the prospects for the first quarter of 2014.

Markets started off the new year with a bit of a thud, probably a hangover from the big party that was 2013.  For the week, US indices were down -0.5% on average.  Canada’s TSX retreated -0.3%, but International markets were substantially weaker by an average -1%, with Emerging Markets once again leading on the downside, losing -2.9%.

For the year 2013, US markets were the strongest worldwide (except for Japan), with US indices returning from +26% to +38%.  After the US, Developed International came in at +21.6% on average, with Canada’s resource dependence holding the TSX Composite Index down to a still respectable +9.6%.  But Emerging Markets stood alone with a negative average return of -3.7%.

Reports of slowdowns in China were widely credited with triggering the selloff in the first two days of the new year, a tribute to the sway that the Chinese economy has over the rest of the world.  In fact, some reports indicate that China might have overtaken the US in total trade for the first time, thereby becoming the world’s largest international trader.

US economic news was largely positive.  The Institute for Supply Management (“ISM”) manufacturing index grew for the seventh straight month, manufacturing output increased at fastest pace since 2012, construction spending hit the highest levels since 2009, and consumer confidence came in at 78.1, well above expectations of 76.

A new poll by Canada’s CIBC found that paying down debt is by far the top financial priority for Canadians – a mixed blessing, as more savings equals less spending.  In that vein, a BMO report says that 48% of Canadians now have a Tax Free Savings Accout (“TFSA”), up from just 23% a year ago.  But there is much confusion about what may be held in a TFSA – most Canadians surveyed did not realize that stocks, mutual funds and similar investments can be held in a TFSA, not just savings accounts and CDs.  Another survey reported that most Canadians thought that Blackberry was the worst performer in the Canadian stock market for 2013 – it was bad, at -33%, but it was not the worst big Canadian company: Eldorado Gold Corp holds that honor, at -52.9%, a reflection of the worst year in the gold market in the last 3 decades.

In Europe, the UK and Germany continued their strings of good economic reports, while France continued its string of poor ones.  There were some slight glimmers of hope for Spain and Italy at the end of the year: Spain reported stronger retail sales, up 1.9% in November year-over-year, while Spanish unemployment fell in December by the most on record for the month (though officially the jobless rate is still 26%).  Italy had a solid Purchasing Managers Index number for manufacturing at 53.3, the first good manufacturing report in recent memory. 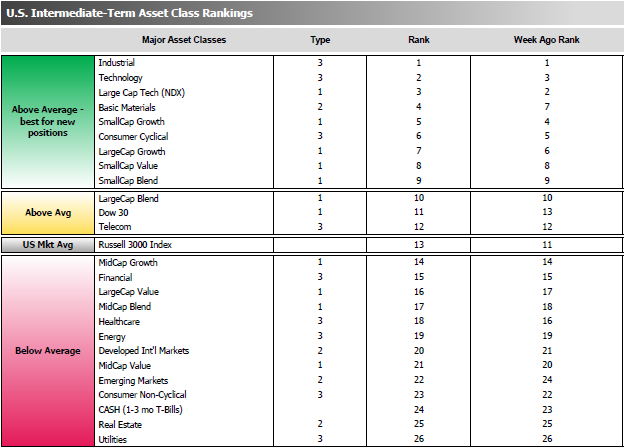